Discover vulnerabilities across a codebase with CodeQL, our industry-leading semantic code analysis engine. CodeQL lets you query code as though it were data. Write a query to find all variants of a vulnerability, eradicating it forever. Then share your query to help others do the same.

CodeQL is free for research and open source.

Run real queries on popular open source codebases using CodeQL for Visual Studio Code. See how powerful it is to discover a bad pattern and then find similar occurrences across the entire codebase. 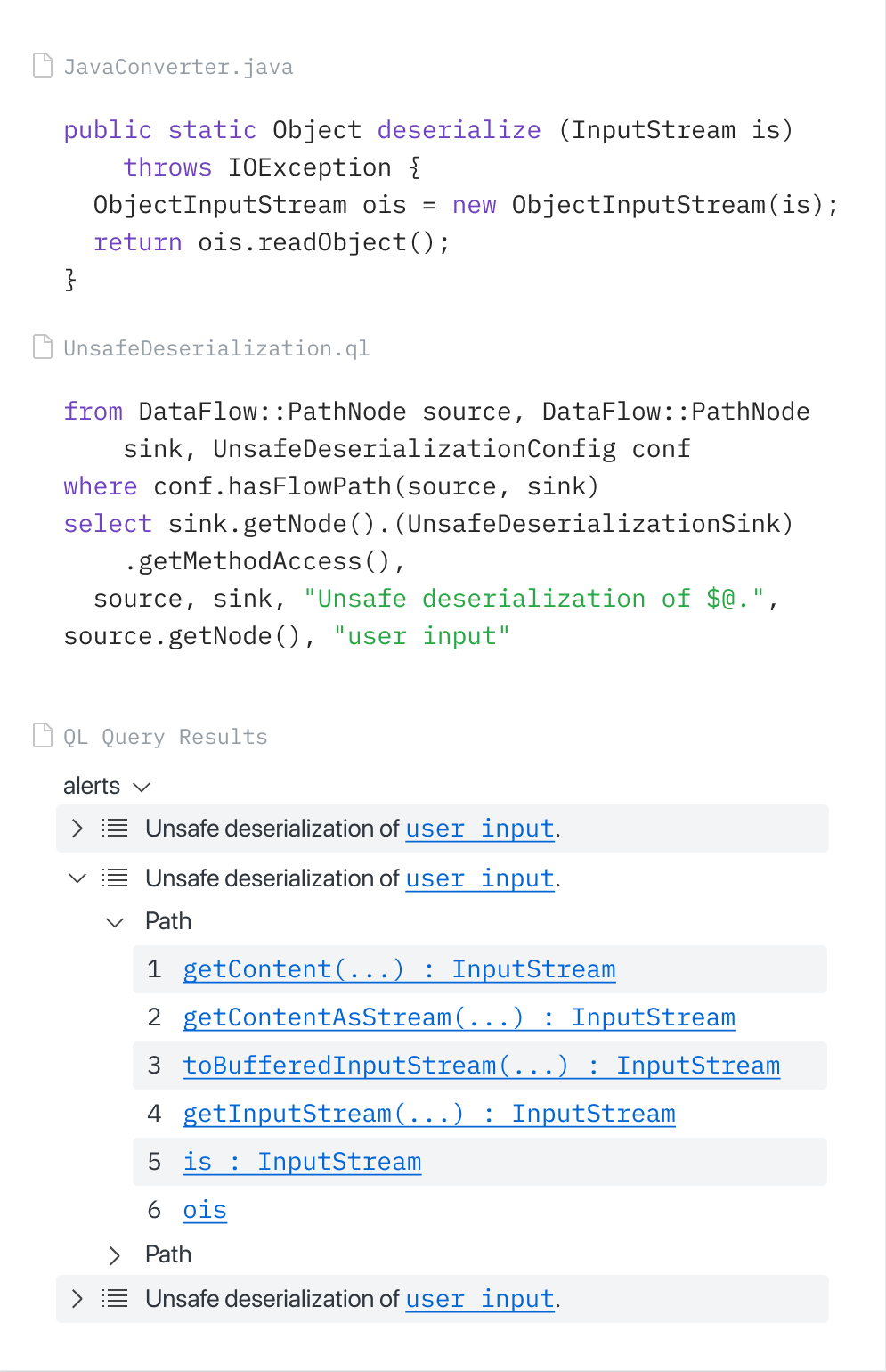 By downloading, you agree to the GitHub CodeQL Terms & Conditions.


Once you've installed the extension:

Step 1: get a CodeQL database

See the documentation for more info.

You can create CodeQL databases yourself for any project that's under an OSI-approved open source license. To download CodeQL and get started, visit the CodeQL CLI docs.

Looking for a vulnerability hunting challenge? Through this Java Capture the Flag, you will hone your bug finding skills and also learn all about CodeQL's taint tracking features. The contest is closed since June 12, but you can still take it for fun, and find a Server-Side Template Injection in an open source Java project.

Take a look at the previous challenges.

GitHub CodeQL can only be used on codebases that are released under an OSI-approved open source license, or to perform academic research, or to generate CodeQL databases for or during automated analysis, continuous integration (CI) or continuous delivery (CD) in the following cases: (1) on any Open Source Codebase hosted and maintained on GitHub.com, and (2) to test CodeQL queries you have released under an OSI-approved open source software license. It can't be used for automated analysis, continuous integration or continuous delivery, whether as part of normal software engineering processes or otherwise, except in the express cases set forth herein. For these uses, contact the sales team.